By 1930 the borders for Group 9 were starting to firm up.  The previous year Group 17 was created in 1929 to cater for the Irrigation Area towns, while Grenfell and Cowra were now locked into the Parkes based Group 11, Boorowa wanted to be part of Group 9 but were allocated to the now Queanbeyan based Group 8.  Group 9 still extended south to the Murray River. Like how Terra Australis was once mapped to Antarctica, there existing and unfulfilled dream that one day fertile ground may be found suitable to colonise League in the land of Aerial Pingpong.

The decade started with a new Constitution covering all the country Groups. At the Group 9 AGM Henry Paton, a locomotive inspector from June was elected president and Jim Gardner of Gundagai re-appointed secretary. Charles Inson the former Group treasurer, and often referred to as ‘the father of football in the south‘ became it’s first patron.

Fred Cahill was still on the committee but now was more interested in developing his football plans for his own area.  If Group 9 wouldn’t come to the party he would start a regular home and away competition for the towns and villages about Young.  The ‘South-Western Football Competition’ came to be. Composed of a compact collection of clubs: Cowra, Grenfell, Young, Harden-Murrumburrah, Boorowa, Bendick Murrell and Galong it crossed Group boundaries .  A reserve grade competition also ran with Maimaru and Monteagle contributing teams. 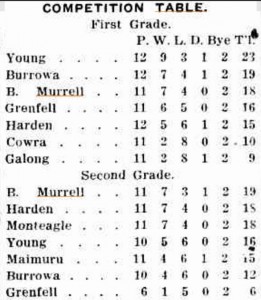 Little Bendick Murrell appointed Sid Hall as coach and were able to register more players than an other team in the competition, putting up two full teams, emerging as points runners-up in the first grade and premiers in reserve grade. Young were the first grade minor premiers but were beaten by Grenfell in the final who secured the ‘Toohey Pilsener Shield.  However the first year of the Great Depression was a difficult time to start such a new competition and financial worries loomed large.

The seeds for confrontation were sown at the AGM when the Tumut delegate, sensing the weakening of Cootamundra’s dominance, sought to have all challenge cup matters brought under the control of Group 9. Naturally Cootamundra, being the owner of the Maher Cup rules, if not currently the Cup, were vehemently opposed. However they won the argument, supported by unlikely ally Barmedman who believed that local control was necessary to encourage local businesses to sponsor such cups.

Group 9 needed funds to operate.  The only promise of profitability was if they promoted a big match each year.  In 1930 they eyed the New Zealand tourists due from over the ditch.  With the executive no longer dominated by Cootamundra, Temora was selected to be the venue for the proposed match. However delegates later backed down after being convinced that Coota’s location at the junction of all the rail lines promised a bigger gate.  This of course caused uproar in Temora.  Secretary Gardner of Gundagai then refused to submit the Group 9 meetings change of heart over the venue to the NSWRL. 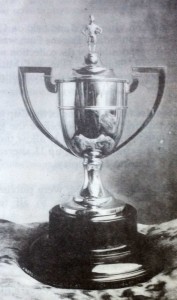 In June things got complicated in a tussle over Eric Weissel. Temora wanted him for a big match at Canowindra on a Sunday for the Jack Hore Memorial Gold Cup, a trophy that generated as much passion as the Maher Cup some central-west and northern Riverina towns. However the NSWRL had selected him to captain the state against Queensland the day before.   The mercurial Fred Cahill stepped in and negotiated that Eric would play both games – being driven overnight from Sydney and Canowindra.  It was an arduous journey with the car having to ‘plough through snow‘ at Lithgow. Temora won the match, Weissel scored a try, and with a 5000 crowd and and a massive £200 gate it was, the biggest football game to that date at Canowindra. Weissel was then selected for the Kangaroos vs The Rest match the following week.  Off course the Temora club required him for their Jack Hore defence against Orange.  The NSWRL executive were clearly annoyed by all this, but threw their hands into the air and let Weissel do what his Temora benefactors wanted him to.

The NSWRL gained some revenge by deciding to transfer the proposed New Zealand game from Temora to Young. This ‘tyrannical and petty’ action of course annoyed just about everyone in Group 9, except Fred Cahill who was on the one hand praised for sorting out the Weissel mess and damned for meddling in matters, where a being just one of a number of Group 9 vice-presidents, he had no authority.  And of course he could always be guaranteed to be looking after Young’s interests. 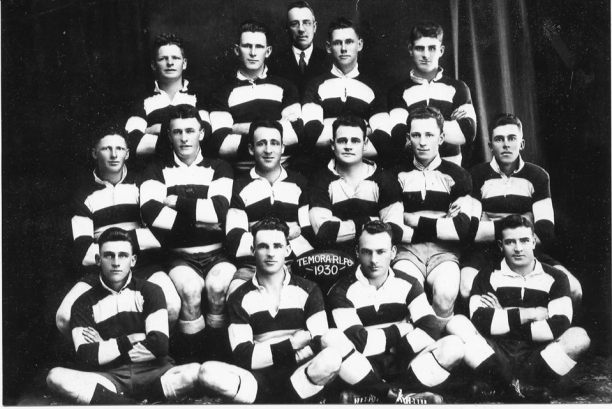 In August amidst much rancour the New Zealand match was finally held – at Young.  Temora of course banned Weissel from participating and Group 9 president Henry Paton and his Junee club were mightily perturbed that Cahill obviously had contacts at the NSWRL that they did not.  In the end the team did not represent Group 9 and was labelled ‘Southern Districts‘.  It was a talented side but clearly not the strongest available: Laurie Ward (Harden), Jack Payne (Barmedman), Laurie Smith (Barmedman), Viv ‘Snowy’ Marsh (Tumut), Jack Walkom (Cootamundra), Sid Hall (Bendick Murrell & Young), A. Coates (Cowra), Jack Kingston (Cootamundra), Sid Moxom (Cowra), B. Garry (Boorowa), Bill ‘Sorlie’ Crowe (Grenfell), Jack ‘Blue’ O’Malley (Young) and Charlie York (Yass). They lost 24-20. The gate of £277 was healthy but smaller than two recent Maher Cup matches at Cootamundra.

For the first time the Country Week teams were seeded.  ‘Southern’ were considered the top country team so they were matched with the mighty South Sydney – going down 25-22 in a quality match. They also played Newcastle, losing 20-7.

Meanwhile the Maher Cup had a successful year with Barmedman, Young and Cootamundra having decent runs and with crowds still robust.  The Len Cooper case dominated discussion out in the Mallee Country.  Cooper who lived 14 miles from Barmedman and 8 miles from West Wyalong, had fallen out with Wyalong coach ‘Bad’ Bill Brogan, and had been playing with Barmedman for two years. He was one of their star players and wanted to stay. After much huffing and puffing Wyalong granted permission – only to rescind it in 1931. 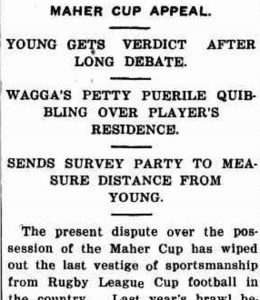 In a classic Maher Cup dispute Wagga and Young got out their respective surveyors to determine if Monteagle resident, and crack player, Bill Crowe (different from Grenfell’s Bill Crowe) , lived within 10 miles of the Young Post Office.  As could be expected in matters relating to Young, the Cootamundra club’s controlling committee initially favoured the challengers Wagga, but the next week changed their minds once accurate measuring convinced them that Crowe lived only some 9 miles and 77 chains away. Naturally the punters spread rumours that mile posts had been dug up and temporarily relocated.

Frustration with the Maher Cup draw led Temora to introduce a new resplendent Cup similar to Canowindra’s popular Jack Hore Gold Cup, challenge the ‘Old Tin Pot’ for Wednesday supremacy. Eric Weissel was of course the great drawcard so it was named after him.

Football crowds were still pretty good in 1930. But the Depression was about to really bite.